Many players complain that their character doesn’t sleep in Sims 4 when they need to, occasionally getting out of bed and wandering around the house. As a result, the Persian’s energy is not replenished during the night, making the Sim feel uncomfortable and drowsy during the day.

It would seem that you could drink coffee or an energy drink to offset these conditions, but they ruin health, just like in life. So, no matter how you look at it, there is no way a happy sim can do without a good night’s sleep. In this article, we will tell you about all the possible reasons why in Sims 4 Sims can’t sleep and help you to solve these problems.

There may be several factors that prevent you from getting a good night’s sleep.

Noisy appliances and an open door

Any noise, be it from a room or from the living room, will prevent the Persian from sleeping peacefully. Before putting your Sim to bed, make sure you turn off anything that might make noise, such as the TV, radio, computer, headphones, etc.

Sources of noise from neighbouring rooms can also be a problem if there is an archway in the bedroom instead of a door or if the room is not entirely closed.

To rule out this cause, install a door in the room and close it at night.

If the Cats and Dogs add-on is installed and the character has a pet, they can wake up by playing at night or by making noise from lack of attention. If the character doesn’t sleep because of this in Sims 4, there are two ways to deal with the issue:

Unsuitable clothing can sometimes be the cause of discomfort. To change them:

If this was the reason, the pep indicator should turn green.

Bad relationship with another sleeping character

Perhaps your Persian can’t sleep in Sims 4 because he has a bad relationship with his partner or another Sim who shares a double bed with him. It makes him uncomfortable. If you continue to do so, it can lead not only to a lack of sleep, but also to disturbing conversations, entailing a spoiled mood.

Before putting the sim to bed, make sure that she and her bed partner do not have any conflicts.

Sometimes in the flat everything can contribute to a comfortable and favourable sleep, but the character in Sims 4 does not sleep because the neighbours live a very noisy life. The only way to get rid of your neighbours’ conversations at night is to talk to them.

You can be polite as well as rude in the conversation.

A quarrel is more likely to shut them up, but it will spoil the relationship, turning neighbours into enemies or even enemies for a long time.

Most players turn on the lights in the house so their sims won’t be scared in a dark room, but they forget to turn them off when they are about to send their sim to sleep. Or they only turn some of the lights off. While this may seem like a small thing, it is what sometimes prevents the characters from sleeping soundly.

Before putting the sim to bed, make sure that light sources such as ceiling lights, lamps, computer screens, for example, are turned off.

Double-check their status by left-clicking on the light switch before going to bed.

Sleep can be disturbed by children in the flat. Usually, these are infants or toddlers who cannot talk yet, so they show their displeasure by crying and shouting.

If you want your character to get a good night’s sleep in Sims 4, first satisfy all the children’s needs, then your overall sleep will be comfortable and sound.

The double bed against a wall

If you place a double bed against a wall, the characters will constantly run away if there is already a sim lying on the edge of the bed. The characters in the game are not trained to climb over each other, and chasing the other sim away is not an option either, because then she won’t get a good night’s sleep.

Apart from the gameplay mechanics we reviewed above, there are also technical problems that cause the character not to sleep in Sims 4. Below we will consider the main ones

Bug with the bed

If you’ve tried the methods above and have correctly placed the bed by removing the interfering pieces of furniture, but the Sim doesn’t sleep, try putting her sleeping furniture in her luggage or selling it by saving the process and quitting the game.

Sometimes restarting the game and putting the bed back in place or buying a new one solves the problem.

Sometimes the reason for a Persian’s poor sleep in Sims 4 is the Persian himself. In this case:

If the person has been affected, the problem should go away.

The above methods may have already worked, but you’ll need to restart the game to see this. Restarting Sims and rebooting the device will clear the app’s internal memory and apply the changes you’ve made exactly.

We’d advise considering this method as a last resort.

Sometimes in Sims 4 the Persian doesn’t sleep because of a conflict of installed mods with each other.

It’s possible that your device contains a lot of scripts to improve the game’s features, this often leads to crashes in settings or gameplay.

Try uninstalling the last installed add-on content, as some parts of it may be corrupted or not combine correctly with each other.

If you’re not sure which mod might be glitchy, try uninstalling all of them to be sure of the result. 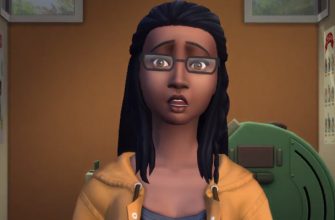 Unfulfilled Dreams Fear in The Sims 4: how it appears and how to get rid of it
In The Sims 4, the system of whims was implemented
05 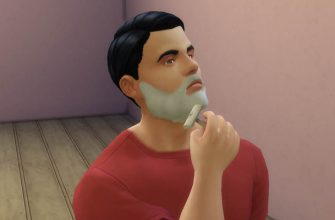 How to shave in Sims 4: how to get rid of body and facial hair
Throughout Sims’ existence, the developers have
015 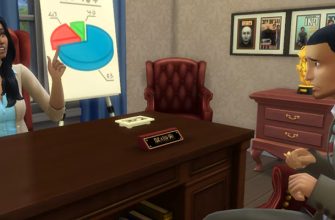 How to quit your job in Sims 4: 3 ways
There are times in everyone’s life when you realize
014 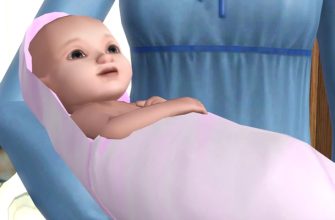 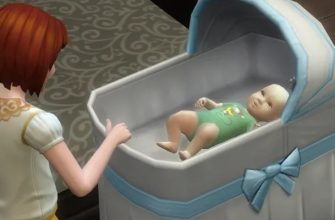 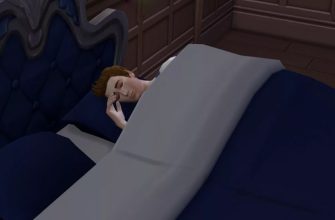 How to sleep soundly in bed in Sims Freeplay
Sims 4 has captivated its players to the core, but
018 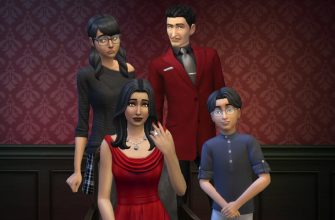 How to set up relationships in Sims 4: when creating a sim in the game, cheat code and mod
The family ties in Sims 4, if you set them up beforehand
020

How to adopt a dog in Sims 4: buy, create or take from the street, cheat codes
To make sure your Sim didn’t get lonely in the
019